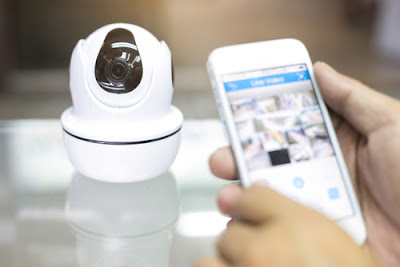 Nowadays there are CCTV Cameras everywhere in Singapore and the right to privacy has been debated constantly. The Amendments of the Bill of Rights in Singapore under the constitution entitle people to the right of privacy in their homes, public restrooms, and of their possessions. The right to privacy does not put restrictions on security cameras a person might own as long as the usage of the camera is not used to invade people’s privacy such as to record a person nude. Closed-circuit television or CCTV for short is a privately owned broadcasting signal, which streams its video to a specific group of people.

There are some advantages that you can enjoy by installing the CCTV cameras. Similarly, there are a few consequences that you may pass through after installing the HDB CCTV Camera. Stating about the pros of installation of the security systems, few things that will make you more secure can be pointed at:

Prevention and accountability of criminal acts
The installation of HDB CCTV Camera in strategic rooms and areas of any building can prevent potential criminal acts like theft, violence or sexual assault from being committed and in case they take place, the video footage can be used to shore up the legal case. In addition, video footage, as long as they are authentic and non-doctored, are conclusive evidence in a court of law.

Control and Monitor staff behavior
Though many may claim that it infringes on the freedom and privacy of staff, in very sensitive work environments like judicial offices, banks, and others, CCTV cameras prevent data pilferage, theft misuse of digital assets, storage devices and sensitive organizational property. CCTV surveillance systems facilitate a better relationship between employees, monitor visitors and create a healthy working environment.

However, with CCTV surveillance, they are able to reduce that work to a few employees monitoring the CCTV controls and those who are on the ground. CCTV Systems especially reduce the cost for those operating in businesses where pilferage instances are on high like malls, supermarkets, and buildings where employees are more likely to steal. 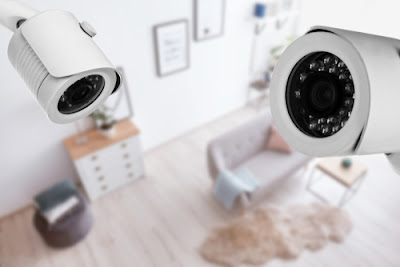 They help you feel protected
Even if you have a lot of money or valuables in your safe, it is easy to breathe free knowing that you have CCTV installed. Mental tension about your assets can give you sleepless nights and troublesome days. Your employees and customers will also not feel safe in a setting sans CCTV. Hence it is a good idea to have them installed in your office and homes so that you grant not just yourself but also your employees' peace of mind and a safe environment to work in.

They give you evidence:
In the worst case scenario, if a crime does occur in your office, the CCTV will help you find out who the criminal is and it will give you solid evidence to present to the cops. The CCTV system records the ongoing activities in the premise. One of the advantages of CCTV camera installation is that it is possible for you to obtain a video footage which you can use in case there is a crime. It helps in giving the official proof of the occurrence of activity and therefore the suspected individuals can be caught red-handed. One can easily identify the criminal and can arrest with proof.

Can monitor a limited area
One of the main disadvantages of the CCTV camera installation in Singapore is that they can just monitor a specific area which may not be large enough. In many cases, the criminals may vandalize the CCTV camera for instance by spraying substances which may damage the lens or stick some gums which may block the camera lens. Sometimes they can even tilt the angle in which the camera is directed to thereby accessing the premises. In some cases where the cameras cannot be tilted then, it will they camera will only monitor the specific area where it is directed to.

Higher Cost for Maintenance:
The initial cost for the installation of CCTV camera systems is high because of their technological advancement and complex circuitry. The device also requires maintenance throughout its life. It is because if the device will not be maintained properly then it will not be able to cope up with the present day's crime. 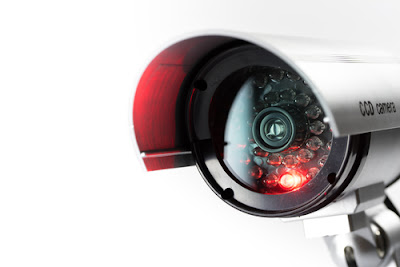 Violates Privacy Rights:
When CCTV cameras are all around it means that there is a third eye which is continuously observing you. Would you like to be noticed by various officials who are monitoring the spy cams from distant, only for the sake of your security? A typical scenario which brings confusion in your mind isn't it!

Hacking
Due to the increase in the value of the CCTV information, it has lead to an influx of so many hackers in Singapore. The idea of hacking CCTV information has to a violation of privacy issues as in many cases you will see so many images of naked women and men being distributed online. You think you must release is that it is impossible for the HDB to completely protect their systems from the hackers. When the HDB connects to the network, the hackers can virtually connect to the internet from any place they are.

Like any other technological breakthrough, it is only a matter of time before someone learns how to exploit the vulnerabilities. For every piece of technology that is connecting to the internet, it has an IP address, which allows it to be identified by the owners. This is why it is necessary for you to protect your setup a password for your security camera so that when an attempt is made to hack your camera, the hacker will have to enter your password. Now if you leave your camera unprotected a hacker will be able to take over your camera, which means that they will be able to freely control it as they please.